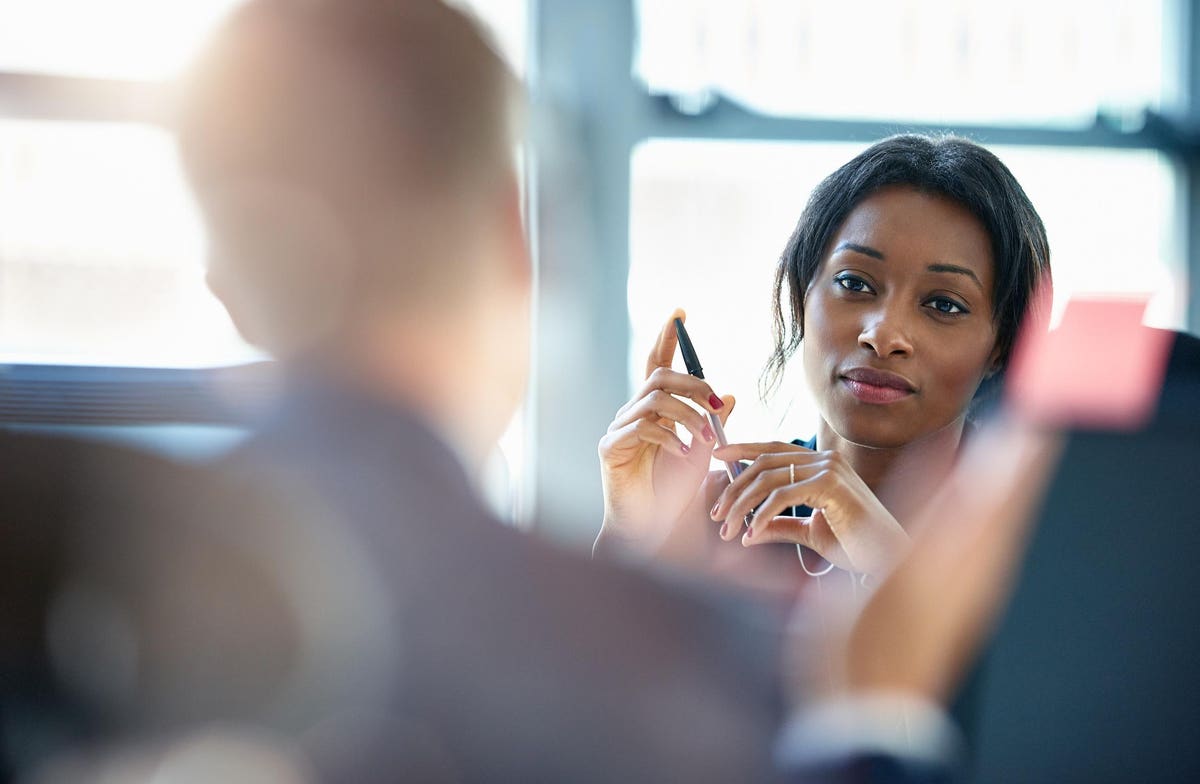 More than two years after the summer 2020 race census, many organizations have realized the hard way that having productive conversations about race can be both challenging and uncomfortable. Much of the difficulty lies in our fundamentally different perspectives, born of drastically different life experiences and appallingly low levels of racial education, humility, and perseverance.

A fundamental friction that deadens many race-on-arrival discussions is whether we should be talking about race or color at all. In fact, “I don’t see color” has become a common refrain among many white (and some non-white) professionals who view discussions of race as anachronistic, unnecessary issues encouraged by negative sewing naysayers. Many in this crowd are quick to end any potentially racial conversation with tired, hypocritical references to Dr. King’s comment “Not to be judged by the color of their skin, but by the content of their character” in his famous “I Have a Dream” speech. They claim an undeserved amount that abruptly stifles and neutralizes the much-needed, long-overdue confrontation with fundamental questions of racism and injustice.

While many people (of all races) have good intentions when they say the well-known “I see no color; Let’s be racially neutral.” Refrain, the simple truth is that for many blacks and browns, these words are like nails on a chalkboard — flashing red lights that evoke a deep sense of fear, disappointment, and frustration.

“Thank God I don’t have to think about racing.”

Right-handers probably don’t realize that spiral notebooks/3-ring binders, credit card swipers, school desks, scissors, tape measures, and many other everyday items are designed for right-handers. Why not? Because they just don’t have to. You can navigate the world without thinking about those everyday left-handed annoyances because right-handed is the default. The world is configured to suit them. Similarly, for centuries, white people have had the privilege of not having to think about, focus on, or actively “see” race because they didn’t have to do so to achieve their goals. “A black person will never say, ‘I don’t see color,’ because our race and culture are not the center of the universe,” explains Shereen Daniels, author of The Anti-Racist Organization: Dismantling Systemic Racism in the Workplace. “We don’t have that privilege.”

“I’m not comfortable talking about race and I’m not used to being uncomfortable, so can we please change the subject?”

Unfortunately, the comment “I don’t see any color” often just ends the conversation. It is a subtle message to the group that “seeing race” is a bad thing; Therefore, there should be no discussion about it. “I don’t see that color is the ticket to quitting racism or doing anything that ‘good whites’ carry in their wallets,” points out Theresa M. Robinson, DEI & Anti-Racism Educator, Master Trainer TMR & Associates. “They flash it every time the subject of race or racism comes too close for their continued comfort.” The “I don’t see color” claim is arguably subtle manipulation that calls for an immediate change of subject.

“Please give me credit for not being racist.”

Aside from sounding a bit narcissistic, the comment feels debilitating. “When I’m on the receiving end, it feels like a proclamation and announcement that the person is erasing the part of me that is the source of their discomfort, their discomfort,” Robinson points out. “It is incredibly offensive to be informed that some aspect of my identity is being treated as ‘invisible’ and ‘erasable.’ People who act on this and similar narratives are trying to convince the world and themselves that they are not racists.”

Ultimately, the message they send is that it is more important for everyone to know how non-racist they are than to acknowledge (rather than ameliorate) racial issues.

“I intend to do absolutely nothing against racism.”

Just as a cancer patient prefers a radiologist who can actually see and recognize cancer, jobs that advocate for equality require people who can see and recognize racial microaggressions and other racial injustices. This, of course, requires seeing breed/color and noticing when breed affects the results. In fact, the “I see no race” crowd is utterly useless in the fight against racism. “People can’t affect what they don’t ‘see,'” explains Robinson. “People cannot address what they do not acknowledge. Humans cannot bring about changes in what has already been discarded. I can guarantee that a person who holds an “I don’t see color” worldview isn’t doing too much to turn racism on its head.”

The “I see no race” argument also offers plausible denial. “If white people aren’t careful when they’re ‘color blind,’ they never have to ask themselves if race is a factor in their hiring, for example,” Daniels points out. “It serves them well not to question why they got a job because it seems like they’ve achieved their career path on their own.” Indeed, not seeing the breed allows one to be lazy. After all, how can we address racism if we can’t even see race?

“I have to be ‘safe’, if I quote MLK, To the right? I will only do this to avoid really nuanced discussion or analysis.”

It is common for those with appallingly low levels of racial literacy to cling to an out-of-context passage that seems to reinforce their perspective on a racial issue. The “I See No Color” crowd often quotes the famous line from Martin Luther King’s “I Have a Dream” speech: “I have a dream that one day my four young children will live in a nation where they do not be judged by the color of their skin, but by the content of their character.” While this was, and still is, an ambitious goal, it was indeed ambitious – in fact, he literally said it was a dream. Dr King certainly never suggested that the color of his children should be invisible, unseen, or disregarded.

The “I don’t see color” camp tries to twist this quote into a claim that it is never appropriate to see or discuss race (obviously contradicting Dr. King’s work and arguably nonsensical). This CBS News article asked the question, “Had Dr. King wanted us to completely ignore race in a ‘color-blind’ society?” In the article, Martin Luther King III replies: “I don’t think we can ignore race. What my father is calling for is to create an environment where every American can achieve their dreams.” The article goes on to say, “Bernice King doubts her father would try to ignore differences.”

As with debates about college admissions policies or modern affirmative-action programs, the “I see no color” crowd often seeks to conflate color-conscious action aimed at achieving racial justice with racial discrimination rooted and motivated by white supremacy. Perhaps the late Judge John Paul Stevens put it best when he clarified, “There is no moral or constitutional equivalence between a policy designed to perpetuate a caste system and a policy designed to eradicate racial subordination.”

While the “I don’t see any color” crowd usually includes Dr. King and his “I Have a Dream” speech, they don’t seem to understand that the speech urges each of us to get off the sidelines and get to work demanding and creating racial justice. dr King clearly didn’t believe in pretending we don’t see color, or otherwise kicking the can out into the street. He now urged direct action. “We have also come to this sacred place to remind America of the urgent urgency of now,” he urged. “This is no time to indulge in the luxury of cooling off or the tranquilizing drug of gradualism.” Those words are as true today as they were in 1963.

Surely we can’t afford to bury our heads in the sand by pretending we don’t see colors. So the next time you want to say that you “can’t see any colors,” please think again.

Casper, Allbirds and Apple: The best online sales of the moment